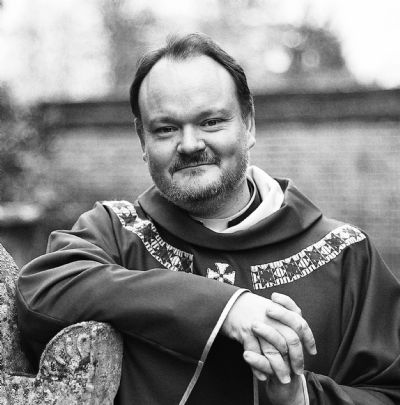 After interviews with the patrons and parish representatives in July, the Churchwardens of the Rye Team Ministry are delighted to announce that the Revd Paul White has been appointed as Team Rector of Rye.  Paul writes…

"I am delighted to have accepted Bishop Martin's invitation to become the next Team Rector of The Rye Team Ministry.  It is an honour to come and serve the communities of the Benefice.

At present I am the Vicar of St. Mary's Hadlow, in the Diocese of Rochester, and it has been a pleasure to have been the Vicar there since February 2013.  Prior to coming to Hadlow I was the Curate in the Woodchurch, Appledore, Wittersham, Ebony and Stone Group which is only a few miles 'over the border' from Rye.  Before being ordained (in 2008) my first career was as a Solicitor (specialising in Employment Law) and I spent 16 years working in both regional and City firms.  I have many and varied interests, including arts, culture and boating, all of which seem to suit Rye well.

I am married to Vivienne (our 27th Anniversary is almost upon us) who is the Head of Communications at Mission Aviation Fellowship, based in Folkestone, so she is looking forward to getting to know the A259.

We also have two children, Annabelle (18), who is about to depart for the University of Exeter and Henry (14), who loves history and is looking forward to living in an Ancient Town and having a view of the Ypres Tower.  We also have a dog, Luna, who you will probably see me walking, and a cat, Archie, who sometimes follows us for walks.

We have been regular visitors to Rye for most of our married life and our children have spent many Sundays sitting in St. Mary's Churchyard eating gingerbread men from Simon the Pieman.  Although we know that there is a world of difference between being a tourist and living here in the Rectory and ministering in these varied and wonderful places, in many ways it does feel like a homecoming and we are all looking forward to being with you, to getting to know you, to worshipping with you and to being Church with you.”

We hope to have a date for Paul’s licensing soon.